Natural Hormones and their Impact on Women’s Health, Weight

When attempting to explain the role of hormones relative to weight gain in women, the non-organic beef industry makes for a great analogy.

Commercial cattle farmers figured out how to chemically and hormonally induce weight gain many, many years ago. But what exactly is it that is done to the cows in order to get them to gain so much weight, thus increasing their value? The anwer is really quite simple. The cows are fed a potent combination of antibiotics and hormones.

The antibiotics destroy the cows’ intestinal flora (“good bacteria”), disrupting and slowing the rate of digestion. This means that the animals are burning fewer calories in a given period of time than they would if their digestive systems were operating at full capacity. The result of this, barring a decrease in food intake, is that the cows gain weight as a result of the fact that their metabolism is being deliberately slowed down as a result of the antibiotics. For more information about how this works, see this post about probiotics and weight loss.

The role of hormones as it pertains to weight and in particular, weight gain, is by-and-large not well understood by the very women gaining weight as a direct result of hormonal imbalance. In order to learn how each individual hormone works, the respective properties of each hormone and their individual effect on women’s health – particularly as it relates to weight gain, please see the following primer:

Estradiol is our major estrogen that keeps the skin beautiful, keeps our memory sharp, vaginal moisture, hair, skin, nail, bone health and it should be noted that there are estradiol receptors on every organ in our body from our brain, heart, lungs, bladder, etc.

Estriol is our weaker estrogen that goes up during pregnancy. This hormone builds collagen and is used in Europe to prevent breast cancer and keep the skin beautiful. (For a provider to prescribe Estriol in the US, they must be registered with the FDA.)

Estrone is the bad estrogen that goes up during peri-menopause and menopause. This is the estrogen that wreaks havoc on the body. It causes fibrocystic breast, breast cancer, weight gain, ovarian cyst, ovarian cancer, endometriosis, etc. I make sure to check an estrone level during blood lab work. If it is too high, there are things we do to knock it back down such as aerobic exercise, DIM, and Indole-3 carbinol. Furthermore, women should never take estrogen by mouth over the age of 45. When taken orally, it has to be metabolized by the liver which increases the risk of blood clots and methylates over to estrone. When restoring hormones, estradiol and estriol should only be given topically or transdermally. It should also be noted that not all breast cancer is caused from hormones. Many toxins can cause breast cancer such as pesticides, plastics, radiation, etc.

Natural Progesterone that the body makes during ovulation is a good hormone. It is an anti-depressant, sleeping pill, anti-anxiety, builds bone, stops the proliferation of cancer cells hence helps prevent breast cancer. It helps to keep estrogen in check which helps with weight loss and all those things that bad estrogen can cause. Again, Progestin is NOT Progesterone. Progestins that are found in birth control pills, PremPro, and other synthetic hormones make women fat, makes them psychotic, and cause breast cancer.

Testosterone, which is not FDA approved for women, is also important because it builds bones thereby preventing osteoporosis. It also helps build muscle, increase stamina, help memory, increase libido. A small amount of testosterone after menopause is essential in maintaining young, healthy cells and aiding in weight loss.

The three basic rules of anti-aging medicine are, respectively:

The longer you live, the better your chances are for living even longer. By taking good care of your physical and mental self, you will be around to avail yourself of the latest biotechnological advancements to further optimize your life and achieve that triple-digit lifespan.

Engage in early detection and regular screenings. Engage in early detection and regular screenings, offering the very first opportunities to identify, prevent, and intervene effectively in disease. The alternative? Costly healthcare for the aging population which will bankrupt the nation’s public and private healthcare programs: Disease: Cost for care per person per day; Alzheimer’s Disease: over $100, Stroke: $ 37, Parkinson’s Disease: $10-$25, Osteoporosis: over $14, and Cancers (various types): $5 to $10.

From vanity to a vision of optimal health. Every day, consumers are flocking to doctors’ offices in search of ways to erase life’s little signs of age: weight gain, hair loss, skin that has lost its youthful suppleness and glow, the list goes on. About 77% of all Americans now living were born after 1939 and many of these people are noticing these signs of aging in their mirrors, on their bath scales, and in the job market.

While many anti-aging patients first see an anti-aging specialist for reasons of vanity, in many instances, how these patients look reflects on how their body’s systems, organs, tissues, and cells are functioning. The health and well-being of the majority of cosmetically-oriented patients often can be improved by a qualified anti-aging specialist, such as one certified by the American Board of Anti-Aging Medicine (ABAAM) or a health practitioner credentialed by the American Board of Anti-Aging Health Practitioners (ABAAHP Diplomat).

As specialists keenly interested in the long-term whole-body physical, mental, and spiritual health of patients, practitioners of anti-aging medicine employ innovative diagnostics and therapeutic interventions to detect, prevent, and treat aging-related diseases. Anti-aging medicine is NOT solely hormone replacement therapy (HRT). Anti-aging is a multidisciplinary approach to whole-body wellness and longevity, incorporating a variety of treatments as medically appropriate.

Hormone Replacement Therapy: If you do opt for hormone replacement therapy, make sure your doctor employs only natural, bio-identical hormones (BHRT). BHRTs have the same chemical structure as their counterparts that occur naturally in the human body. BHRT hormones are therefore able to fully replicate the original functions with little or no adverse side effect profile. Make sure your doctor first tests for your baseline levels, explains to you safe target increases to achieve youthful levels, and monitors you every 3-6 months.

Knowledge is power, and all consumers should have access to the latest science presented in a manner that non-scientists can understand.

Now that more and more women are becoming educated on preventative medicine and anti-aging, the debate is heating up and the very bioidentical hormones that have been used safely for decades across the world are coming under fire in the US. Proponents of bioidentical hormones claim that they are safer than comparable synthetic and non human versions of Hormone Replacement Therapy. Of special concern is the fact that the FDA, big Pharma, state medical boards, and the media claim there is little or no evidence to support claims that bioidentical hormones are safer or more effective.

The term “bioidentical HRT” refers to the use of hormones that are exact copies of endogenous human hormones, including estriol, estradiol, and progesterone, as opposed to synthetic versions with different chemical structures or nonhuman versions, such as Conjugated Equine Estrogens. Bioidentical hormones are also often referred to as “natural hormones,” which can be confusing because bioidentical hormones are synthesized, while some estrogens from a natural source, such as equine urine, are not considered bioidentical because many of their components are foreign to the human body.

Women who had lost their quality of life because of Tubal Ligation Syndrome, hysterectomies, or hormone imbalances associated with aging, report getting their lives back with the use of bioidentical hormones. Many who complained of insomnia, weight gain, depression, memory problems, low libido, aging skin, were able to resolve these issues without anti-depressants, benzodiazapines, or sleeping pills. Those who discovered BHRT described a light bulb going back on and getting their lives back. So, if America is a free country, and a woman can choose whether she wants to use synthetic chemicals such as Prempro or Birth Control Pills, have an abortion, or use bioidentical hormones, why is she being denied the right to choose the latter? Why are physicians being threatened not to prescribe BHRT in the state of Louisiana and being forced to send their patients to Texas for treatment? Why are natural forms of Estriol being banned in America? It would appear that our governing bodies and the media are willing to sacrifice women’s health in the interest of protecting big pharma. 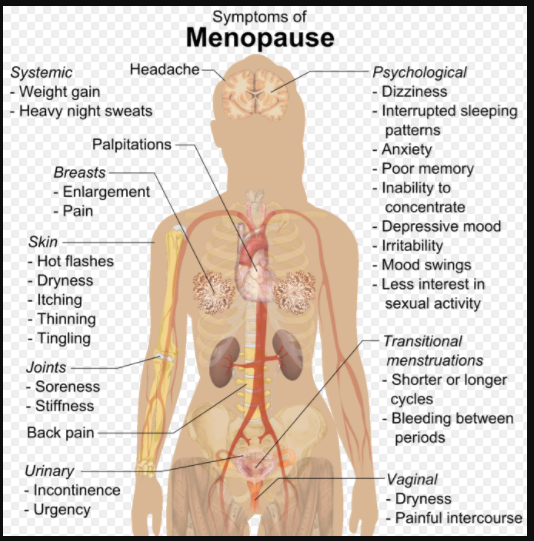 Just this morning, Dr. Nancy Snyderman, the medical commentator on the Today Show, instructed all menopausal women not to take any Hormone Replacement Therapy. She cited the very negative outcomes that was seen with the Women’s Health Initiative. This was a vast clinical trial involving more than 100K women and looked at the effect of estrogen and progestin therapy. The study was stopped when it was recognized that women taking Prempro were at a 25% increased risk of developing invasive breast cancer and heart disease. Snyderman went on to express concerns about all forms of Hormone Replacement Therapy including bio-identical hormone replacement because according to her there was “no evidence” to support the claim that they are safer than commonly used synthetic hormones.

In actuality, there are hundreds of studies showing the safety of bioidentical hormone replacement therapy which would make one question the honesty of Dr. Snyderman and why she would purposely withhold the truth from women. Furthermore, the US Food and Drug Administration (FDA) have ordered pharmacies to stop providing estriol, stating that it is a new, unapproved drug with unkown safety and effectiveness. This is the same FDA that has approved the use of synthetic birth control pills in 14 year olds to control acne and the use of the depo-provera shot for birth control in young women, which contains the same synthetic progestin as Prempro. Whose side are they on? 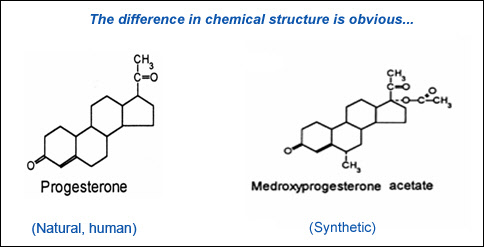 Nevertheless, estriol has been used for decades without reported safety concerns and is a component of medications approved for use worldwide. The FDA has acknowledged that it is unaware of any adverse events associated with the use of compounded medications containing estriol, and US Congress is considering a resolution (HR342) to reverse the FDA’s decision to restrict its use.

The definitive article on Bio-Identical Hormones versus Synthetic has been written by Kent Holtorf, MD published in Postgraduate Medicine, Volume 121, Issue 1, January 2009, which evaluates the evidence comparing bioidentical hormones, including progesterone, estradiol, and estriol, with the commonly used nonbioidentical versions of HRT for clinical efficacy, physiologic actions on breast tissue, and risks for breast cancer and cardiovascular disease.
Dr. Holtorf in his work did an exhaustive literature search and reviewed an array of Journal articles and published papers documenting human clinical studies, animal studies, and in vitro experimental work that compared bio-identical and non-bioidentical hormones as well as focusing on the physiological and biochemical aspects of the hormones.

Results showed that patients reported greater satisfaction with HRT’s that contain progesterone compared with those that contain a synthetic progestin. Bioidentical hormones have some distinctly different, potentially opposite, physiological effects compared with their synthetic counterparts, which have different chemical structures. Both physiological and clinical data have indicated that progesterone is associated with a diminished risk for breast cancer, compared with the increased risk associated with synthetic progestins. Estriol has some unique physiological effects, which differentiate it from estradiol, estrone, and conjugated equine estrogens. Estriol would be expected to carry less risk for breast cancer, although no randomized controlled trials have been documented. Synthetic progestins have a variety of negative cardiovascular effects, which may be avoided with progesterone. 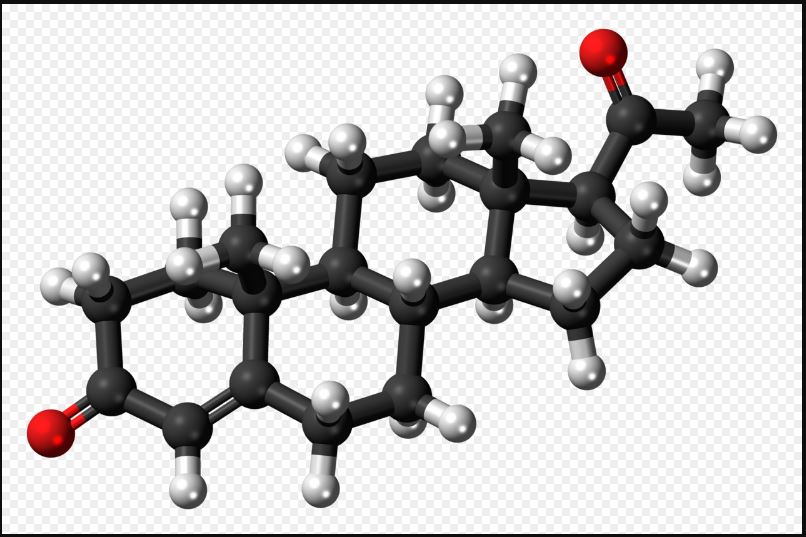 In conclusion, physiological data and clinical outcomes demonstrate that bioidentical hormones are associated with lower risks, including lower risk of breast cancer and cardiovascular disease, and are more efficacious than their synthetic and animal derived counterparts. Until evidence is found to the contrary, bioidentical hormones remain the preferred method of HRT.