With the release this month of a new study out of Australia (first appearing in Neurology), the evidence continues to mount in support of a potential (and at this point probable) link between high levels of vitamin D3 (cholecalciferol – the “sunshine vitamin”) in the blood and a reduced risk of developing multiple sclerosis (MS).

While the scientists responsible for the study were careful to point out that the research involving 611 people who had not been diagnosed with MS at the time of the study established a link only between increased sun exposure and a corresponding decrease in the probability of developing MS. The study did not definitively establish that increased levels of vitamin D in the blood were the cause of the reduction in MS risk, or for that matter whether that was merely a byproduct of sun exposure with no direct bearing on the prevention of multiple sclerosis. 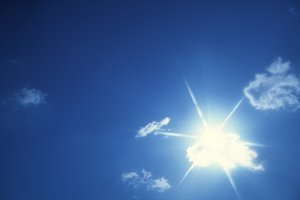 In recent years it has been learned by way of scientific research that more than 20 different diseases, illnesses and adverse conditions are brought about (at least in part) by vitamin D deficiency. Granted, even if a conclusive link is determined to exist, more research would be needed to determine if high levels of the nutrient were the preventative mechanism or if the disease was brought on by vitamin D deficiency and/or the compromised immune system resulting from the nutritional shortcoming.

That said, back in 2006 a study by the Harvard School of Public Health was published in the Journal of the American Medical Association linking Vitamin D to a lowered risk of MS.

In 2009, it was established by a team of Canadian and British researchers that vitamin D deficiency by a mother during pregnancy and an increased risk of developing multiple sclerosis in people with a genetic predisposition for the disease.

A study published in January of 2010 by researchers at the University of California found that insufficient vitamin D levels may be associated with a higher risk of relapse attacks in patients who developed multiple sclerosis during childhood.

Now in 2011 we have a study by Australian scientists confirming a link between sun exposure and a lower risk of developing MS. That means that almost every year for the past five years, studies either confirming or implying a link between the nutrient and the disease have been published for all to see.

In light of the many different studies by scientists from all around the world all arriving at the same or similar conclusions, it begs the quesiton of why are scientists from this most recent study so cautious about declaring vitamin D as a mechanism that can aide in the prevention of multiple sclerosis? Is the issue that these scientists fear ridicule from their peers if they were to tout a vitamin as a means of preventing an illness? Is the problem that the scientific community is not much of a community at all, with little-to-no communication between rival groups of researchers leading to a mass-ignorance within the community regarding research already completed by other scientists?

For those of you who don’t know, vitamin D3 (cholecalciferol) is the form of vitamin D made within the body and is the product of direct exposure to sunlight. In the Australian study, the researchers determined that those who spent the most time in the sun had the lowest risk of developing MS or MS-related symptoms. They also found that those subjects displaying no signs of MS had substantially higher vitamin D levels than their less fortunate counterparts.

While perhaps more research is needed to formally establish what most of us already strongly suspect is true, based on the available information it definitely appears likely that within the next couple of years science will conclude that the nutrient/hormone vitamin D3 helps prevent multiple sclerosis.

While science may be paranoid about implying a relationship between vitamin D and the prevention of multiple sclerosis, this author sees the writing on the wall and will be upping the dose on his vitamin D3 supplements.