Probiotics: Listen To Your Gut

Let’s start with the facts behind what probiotics are. The root of the word probiotic comes from the Greek word pro, meaning “promoting” and biotic, meaning “life.” The Food and Agriculture Organization of the United Nations (FAO) defines probiotics as “live microorganisms, which, when administered in adequate amounts, confer a health benefit on the host.” Yes, they are actually alive, and most of these microorganisms are bacteria. Most people think of antibiotics and antibacterial products when you mention bacteria. Both of those kill bacteria so why would you want to consume anything that has live bacteria in it? It’s all about balance. 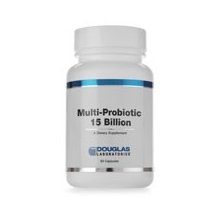 and eating foods that contain the “good bacteria” may help combat a number of health problems, a growing number of scientists say. New research indicates that specialized strains of these good bacteria could also help alleviate some mood and anxiety disorders.

When University of Toronto researchers gave chronic fatigue syndrome sufferers three daily doses of a Lactobacillus strain for two months, it boosted their levels of good bacteria. “At the same time, we reduced their anxiety,” says lead researcher A. Venket Rao, PhD. When the patients stopped taking the probiotic, their symptoms reverted as well, he says. 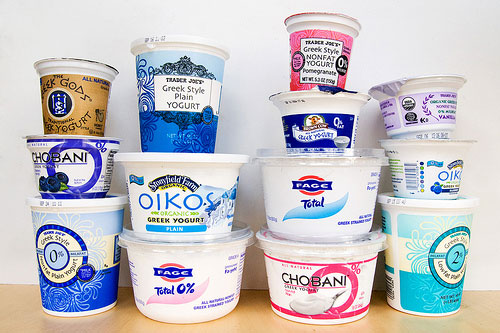 Our stressed-out lifestyle may be our stomach’s biggest enemy. According to María Gloria Domínguez Bello, PhD, a professor of microbiology at the University of Puerto Rico, society’s hectic pace, which leads to our reliance on junk food and overuse of anti­biotics, is throwing our internal ecosystem out of whack; she believes that there’s a link between our gut bacteria and the rise of food allergies and autoimmune diseases — Crohn’s Disease and Rheumatoid Arthritis among many others — in the industrialized world. “When there is a loss of balance in the different types of intestinal bacteria, they send signals to our immune system to overreact and become inflamed, leading to disease,” Domínguez Bello says.

See, when it comes to mood, it’s not all in your head — it’s in your gut, too. “The brain influences the digestive tract and vice versa,” says Rebekah Gross, MD, a clinical gastroenterologist at NYU Langone Medical Center. In fact, new research has found that our esophagus, stomach, small intestine, and colon have a big say in how our minds and bodies function and how happy we feel. “The gut is a critical group of organs that we need to start paying more attention to,” says Steven Lamm, MD, the author of No Guts, No Glory. “Doing so may be the secret to improving our overall wellness.” 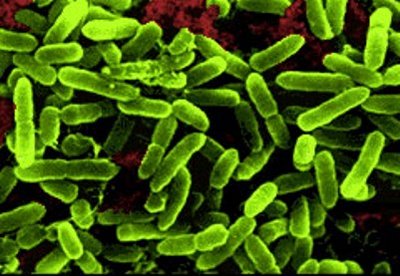 If it seems as if your stomach sometimes has a mind of its own, that’s because it does. The gut’s lining houses an independent network of hundreds of millions of neurons — more than the spinal cord has — called the enteric nervous system. It’s so complex and influential that scientists refer to it as “the second brain.” In addition to being in charge of the digestive process, your gut lining is the core of your body’s immune system and defends you against such foreign invaders as viruses and bacteria.

Cells in the gut lining also produce 95 percent of the serotonin in our bodies. (The rest occurs in the brain, where the hormone regulates happiness and mood.) In the gut, serotonin has a range of functions, including stimulating nerve-cell growth and alerting the immune system to germs.

Thanks to serotonin, the gut and the brain are in constant contact with each other. Chemical messages race back and forth between the brain’s central nervous system and the gut’s enteric nervous system. When we’re stressed, scared, or nervous, our brain notifies our gut, and our stomach starts to churn in response. When our digestive system is upset, our gut alerts our brain that there’s a problem even before we begin to feel the symptoms. Scientists suspect that our moods are negatively affected as a result. “The gut is sending messages that can make the brain anxious,” Dr. Gershon explains.

When the digestive tract is healthy, it filters out and eliminates things that can damage it, such as harmful bacteria, toxins, chemicals, and other waste products.

Although more research is needed, there’s encouraging evidence that probiotics may help:

Side effects are rare, and most healthy adults can safely add foods that contain probiotics to their diet.

Do the palms of your hands get sweaty when you have to confront a problem at work? Does your heart beat fast before you give a speech? Do you get a headache after you’ve had an argument with a family member?

The feelings of stress and anxiety come from your body’s response to what it sees as a threat to survival, triggering the emotion of anger or fear. You may still be stressed without having any of these noticeable signs. However, your body knows, and it may provide other hints that stress is present, such as back pain or feeling tired and fatigued.

For people with diabetes, stress can cause glucose levels to rise. This is because glucose is an important source of energy, and the body produces it during situations that require a person to take action, whether it’s to fight an infection or run from an attacking lion.

Emotions are very important. Some are old survival instincts from deep within the brain. These include fear and anger. Some are chemical responses such as happiness and disgust. All are important responses designed to help us survive within and adapt to our environment. That said, a completely separate part of the brain helps us to interpret what our emotions are trying to tell us. Scientists believe that the more connections that exists linking these two parts of the brain, the better one is at dealing with life situations.

On the other hand, too much emotion can make it difficult to think. Some people become completely immobilized during intense periods of emotional response. Others refuse to accept the reality of the problems they face, instead opting to go into denial. Denial may help to protect against becoming overwhelmed by a difficult situation. However, if left unchecked, denial can interfere with a healthy lifestyle.

Some people take longer than others to calm down following an intense emotional response to a given set of circumstances. However, the ability to calm oneself down in the face of adversity is probably the best way to deal with strong emotions.

Here are a few suggestions to help calm down during intense situations:

If you suffer from uncontrollable anxiety or if you have frequent panic attacks, see your healthcare provider. There are medications that can help, and your doctor or nurse practitioner may recommend counseling, which can also be effective.

Take full advantage of your healthcare provider(s), your family and your friends. In the process of helping yourself, you may learn that the key to reducing anxiety is to take the focus off of yourself and to give of yourself to others.

Related Articles: Too Much Stress is Bad for Your Health