Vitamin D3: The Miracle of Sunshine

Currently, the U.S. Recommended Daily Allowance for Vitamin D3 is 400 iu/day. This dose was recommended to prevent rickets, which works well, but does nothing to give the far more important protection from cancer, heart disease and infections. We now have overwhelming evidence that therapeutic levels of this miracle vitamin, not only boost our immune system, but protects us from cancer, including breast cancer and even H1N1 Swine Flu. Vitamin D3 is not to be confused with inactive Vitamin D2.November 22, 2009 – It’s been several years since I began to recommend higher doses of Vitamin D3. Because the prevailing medical beliefs at the time suggested that these higher doses might cause toxicity or even liver damage, many of my patients were fearful and some did not follow my recommendations because of the influence of others. However, after explaining the safety data published by the American Journal of Clinical Nutrition (AJCN) Jan 2007; 85: 6 – 18, that concluded the safety profile of Vitamin D should safely permit raising the UL for vitamin D to 250ug (10,000iu) per day from the current UL of 50 ug (2,000iu) per day, most were comfortable and followed my advice. 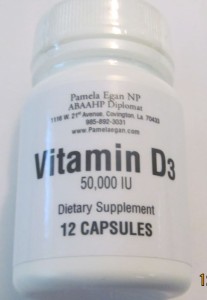 In our natural state, we are meant to live outdoors. Most of us live and work indoors and sometimes we may not see the sun for days. With the skin cancer scare and the avid use of sun block, Americans are not getting enough Vitamin D3 from the sun. We were meant to get a minimum of 20 minutes of sunlight in the nude daily. So, those “Nudist Colonies” have the right idea! Under summer conditions it is frequently possible to generate about 20,000 units of Vitamin D by exposing your skin to the sun. The darker your skin is, the farther away from the equator you are, and the further away you are from the summer months, the less likely it is that you will produce adequate Vitamin D levels from sun exposure alone. In these cases, supplementing with Vitamin D is acceptable, but I strongly recommend that you monitor your blood levels regularly when taking oral Vitamin D supplements to make sure you’re staying within the optimal range.

Even the Food and Drug Administration (FDA) recently issued a proposed rule to allow the inclusion of vitamin D in approved calcium and osteoporosis health claims. You see, Vitamin D3 pushes the calcium into your bones, thereby helping to prevent osteoporosis. New data continues to emerge regarding the health benefits of Vitamin D3 beyond its role in bone health. When it comes to the benefits of optimizing your Vitamin D levels, the evidence is simply overwhelming. 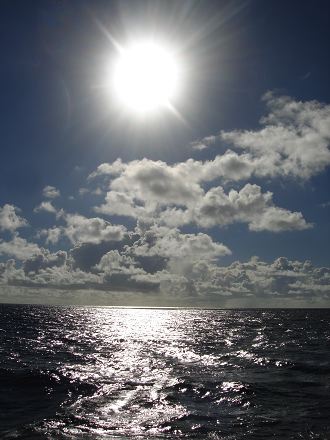 Research shows you can drastically reduce your risk of cancer and countless other chronic diseases by getting safe sun exposure, or taking a high quality supplement. Yet, many people from around the world have heard nothing of this great “discovery”. Vitamin D3 deficiency has been associated with Fibromyalgia, Chronic Fatigue Syndrome, Diabetes, Colon Cancer, Obesity, High Blood Pressure, Heart Disease, Auto-Immune Disease, Neuro-degenerative Diseases including Parkinson’s, Alzheimers, Multiple Sclerosis and Lou Gehrig’s Disease, Autism, Osteoporosis, Depression, Breast Cancer, and now H1N1 Swine Flu. Personally, I can always tell when my Vitamin D3 level falls lower than 60 because my feet get achy.

New data on nutrition and heart disease presented at a recent symposium and published in the July issue of the American Journal of the Medical Sciences shows that low Vitamin D is a common problem affecting many health conditions, including high blood pressure, heart failure and ischemic heart disease.

Vitamin D also appears to have a role in combating attention deficit hyperactive disorder (ADHD) and autism. More than 4.4 million children have been diagnosed with ADHD. Health officials believe the incidence of autism is 1 in 150. The incidence among boys is even higher: 1 in 94. Vitamin D’s role in the development of the brain begins when the human brain undergoes its most rapid and complex formation between the last trimester of pregnancy and the first two years of life. Some of the new literature on D3 suggests that it may be that a maternal Vitamin D3 deficiency sets the stage for autism. When combined with the right genetic propensity, which is linked to a high risk of autoimmune disorders, activating an immune reaction in the brain may trigger the effects on brain development associated with autism.

Clearly, the word needs to get out but the mainstream media is slow to react. Vitamin D3 is relatively inexpensive and drug companies can’t make money off of this lifesaving supplement. There has been a worldwide public health campaign launched by Grassroots Health D urging the public to have their blood levels of Vitamin D tested and to solve the Vitamin D deficiency epidemic.

In another ongoing study, the D* Action Project will be monitoring, for five years, the health outcomes of individuals who get their Vitamin D levels to the levels of 40 – 60 ng/ml. They will be tracking the incidence of many diseases, from cancer to diabetes and muscular function as well as pain levels to see what effect the higher Vitamin D levels may have. According to Carole Baggerly, director of Grassroots Health, “We expect to see a significant reduction in the incidence of breast cancer and its recurrence, colon cancer, diabetes and myocardial infarction, compared with the general population.

Recently, the Annals of Epidemiology published a new study led by Dr. Cedric Garland, on the preventive measures of vitamin D, which projected that raising the minimum year round serum 25(OH)D level to 40 – 60 ng/ml (100-150nmo/L) would prevent approximately 58,000 new cases of breast cancer and 49,000 new cases of colorectal cancer each year, and three quarters of deaths from these diseases, in the US and Canada. 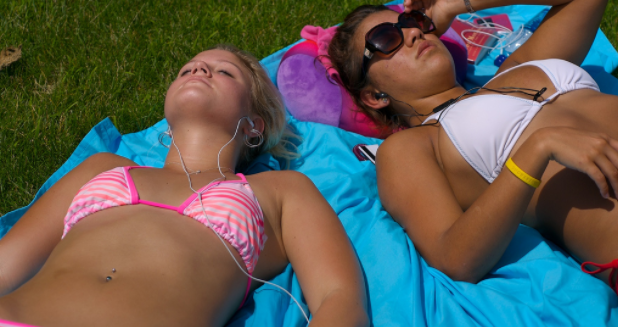 Garland, an epidemiologist and a professor of family and preventive medicine at the UC San Diego School of Medicine attributes the first event in cancer to a loss of communication among cells due to, among other things, low Vitamin D and calcium levels. In this new model, he proposes that this loss may play a key role in cancer by disrupting the communication between cells that is essential to healthy cell turnover, allowing more aggressive cancer cells to take over. According to the study, such cellular disruption could account for the earliest stages of many cancers. Garland claims that previous theories linking low levels of Vitamin D to certain cancers have been tested and confirmed in more than 200 epidemiological studies, and understanding of its physiological basis stems from more than 2,500 laboratory studies.

Garland and his colleagues have published epidemiological studies about the potential preventive effects of Vitamin D for two decades. As early as 1990, his team showed an association between deficient sunlight exposure, low Vitamin D and breast cancer. In previous work, they showed associations between increased levels of Vitamin D3 or markers of the nutrient and lower risks of breast, colon, ovarian and kidney cancers.

A vast majority of people are deficient in Vitamin D. It is thought that over 95 percent of US senior citizens may be deficient, along with 85% of the American public. To achieve healthy blood levels, most adults will need about 5000iu of Vitamin D3 every day. Interestingly, the majority of people that I see are taking dosages of 1000iu per day, and they believe they are taking “high” doses. Don’t fool yourself, as an adult, you likely need about 5,000 iu’s a day. Some also worry that if they are in the sun that they will overdose on it from too much sun-exposure. However, this is not the case. The body makes Vitamin D from a precursor located in our skin. In fact, the body’s manufacturing it in response to sunlight has led many to classify it as a hormone rather than as a vitamin. When you’re exposed to the sun, the UVB rays cause Vitamin D to be produced in your skin while the UVA rays in the sunlight will tend to destroy excessive levels of the nutrient circulating throughout your body. It is the body’s natural, failsafe mechanism to prevent overdosing. 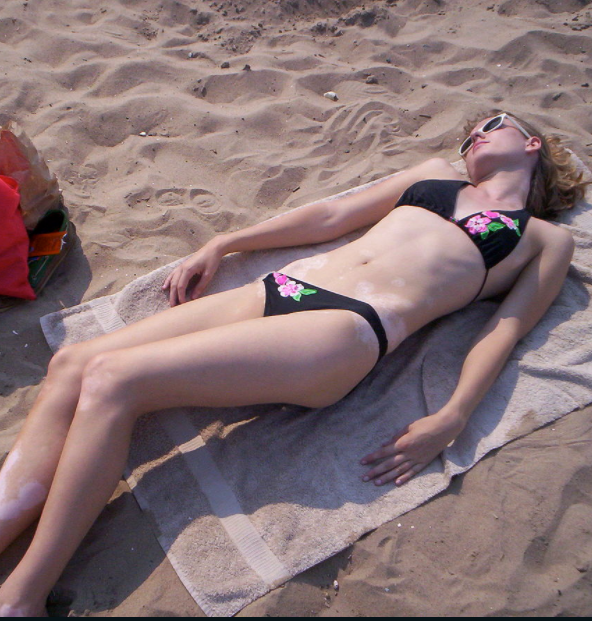 Some people reading this article will need significantly more than 5000 units. Some people require over 30,000 units of Vitamin D a day to reach therapeutic levels of 25 hydroxy-D in their blood. The only way to know for sure is to get your blood level tested. The correct test your health care practitioner needs to order is 25(OH)D, also called 25-hydroxyvitamin D, which is the better marker of overall D status. This is the marker that is most strongly associated with overall health.

You may ask, How do I determine my optimal level of Vitamin D? Your Vitamin D level should never be below 32 ng/ml, and any levels below 20 ng/ml are considered serious deficiency states, increasing your risk of as many as 16 different cancers and autoimmune diseases like multiple sclerosis and rheumatoid arthritis, just to name a few. The optimal range that you’re looking for is 50 – 65 ng/ml. This range applies for everyone; children, adolescents, adults and seniors. The range to prevent cancer is 65 – 90 ng/ml.

You need to be aware that if you choose to use an oral Vitamin D supplement there are basically two types: one is natural and one is synthetic. The natural one is Vitamin D3 (cholecalciferol), which is the same Vitamin D your body makes when exposed to sunshine. The synthetic one is Vitamin D2 (ergocalciferol). Once either form of the vitamin is in your body, it must be converted to a more active form. Vitamin D3 is converted 500% faster than Vitamin D2, and is clearly a better alternative.

Vitamin D2 also has a shorter shelf life, and its metabolites bind with protein poorly, making it less effective. Studies have concluded that Vitamin D2 should no longer be regarded as a nutrient appropriate for supplementation or fortification of foods, although it continues to be used. So if you choose to use Vitamin D supplements make sure it is in the form of Vitamin D3.

The main risk factors for low vitamin D levels include older age, being female, living in higher latitudes, winter season, darker skin pigmentation, less sunlight exposure, dietary habits and the absence of vitamin D fortification in common foods. Additional factors include increased urbanization, where people typically live and work indoors, as well as cultural practices that encourage people to avoid the sun and wear clothing that covers the skin. Individuals with cystic fibrosis or inflammatory bowel disease such as Crohn’s are also at high risk.

Please be aware that nearly all the prescription-based supplements contain synthetic Vitamin D2, so if you receive a prescription for Vitamin D you’re most likely receiving the inferior D2.