An Alternative Treatment for Prostate Cancer

Prostate cancer is the single most common form of solid tumor in humans. It is newly diagnosed every 2.6 minutes. It is present in more than 9 million men and kills 1 man every 13 minutes.

Prostate cancer will afflict 1 in 6 men in their lifetimes and is only 2nd to Lung Cancer in the United States. Black males have incidence and mortality rates as much as 50% higher than other racial or ethnic groups. Prostate Cancer is nearly 100% survivable if detected early.

Annual testing is recommended for prostate-specific antigen (PSA) and digital rectal examinations for all men 45+years old (and men at greater risk beginning at 40).

Cancer is rarely detected early because we simply do not have the technology to do so and is generally asymptomatic. Hormone refractory prostate cancer is more difficult to treat and has a poorer prognosis.

Conventional treatments include radical prostatectomy, cryotherapy, hormonal therapy including surgical castration, lutenizing hormone-releasing hormone therapy, and combined androgen blockage. These types of therapy can cause the following side-effects; impotence; loss of sexual desire; hot flashes; weight gain; fatigue; reduced brain function; and loss of muscle mass. External bean radiation therapy (ENRT) and brachytherapy (small implants of radioactive pellets are still other methods of conventional treatments. There does not appear to be any conventional therapy for prostate cancer that does not carry an increased risk of impotence. 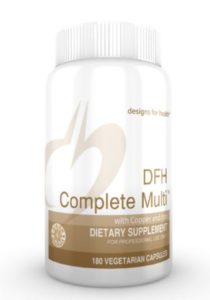 However, because of the overwhelming side-effect of impotence, some men refuse conventional treatment and seek safer, nontoxic alternative treatments instead such as garlic, soy, lycopene, or Poly-MVA.

Toxicology studies for the LAPd formulation have demonstrated that it is extremely safe. Case studies indicate that the product may stabilize prostate cancer and mitigate the very side effects that may be caused by conventional treatments or that may present at the time of diagnosis.

Case studies provide complelling evidence that this formulation may be a worthwhile alternative treatment for men who refuse any conventional treatment. For more information go to www.polymva.com.