23 Million Americans Addicted to Alcohol and Other Substances

With the New Year upon us, while some look at New Year’s resolutions, others face the sad fact of chemical addiction. Addiction is the number one public health threat in the United States today. 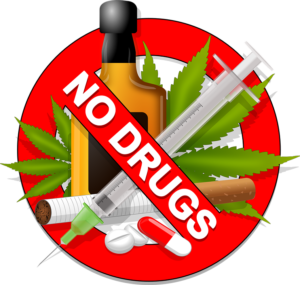 What starts as so-called recreational use of substances, can spill over into craving and addiction, with dismal consequences for the user’s wellbeing, his entire family and the community as well.

The line is crossed when the drugs become a necessity, when it controls the user. The individual is convinced that the drug is necessary to have a feeling of wellbeing or even just to get through the day. Craving for the drug of choice eliminates most other thoughts, and tracking down and use of the drug takes over. Nothing is more important than getting high, not work, kids, spouse, or family. Getting high, becomes so important that the individual is willing to sacrifice everything even as the problem is denied.

For many people whose drug of choice is alcohol, the path to addiction is slower and more insidious. Because alcohol is a legal drug and many people use it successfully, those who have problems with it often go unnoticed for longer periods of time. Frequently, the person who has a problem with alcohol will be able to continue drinking because they continue to go to work, & will argue that their ability to work proves that they don’t have a problem. 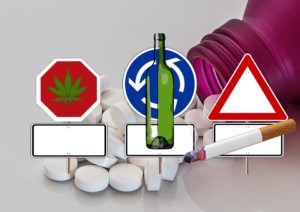 Substance abusers are often the last ones to recognize their own symptoms of abuse, dependence and addiction. Even when they know they have a problem, drug abusers often try to downplay their drug use and conceal their symptoms. But if you suspect that a friend or loved one is abusing drugs, there are a number of warning signs you can look for.

One thing we know for sure, for those who successfully overcome their addiction, they are compassionate, kind, giving, & most decent human beings you can find.

For more information about alcohol and drug addiction, contact the 24 hour crisis hotline at 1-800-504-1714. There are also a number of quality drug and alcohol rehabilitation centers available to people struggling with addiction.