According to one of several studies unveiled at the Annual Meeting of the American Academy of Neurology, mixed in between a pair of studies further confirming how Vitamin D helps delay the process of neurological decline associated with Alzheimer’s Disease was a potentially groundbreaking bit of research, the cognitive treasure of Chafic Karam, a fellow at the Mayo Clinic in Rochester, Minnesota.

Karam and associates authored a study entitled “Can Vitamin D Delay the Progression of ALS?” The study was conducted throughout the 2011 calendar year.

The study involved 37 patients, all of whom suffer from ALS (Lou Gehrig’s Disease). All 37 were examined for a nine month period leading up to the point at which the testing of the hypothesis began. Twenty of the ALS patients were administered 2,000 IU of Vitamin D3 per day, while the other 17 were administered no vitamin D.

The patients were reexamined every three months. During the nine months leading up to the administration of what I can only presume were relatively well-made, top-shelf vitamin D3 (cholecalciferol) supplements, both groups showed similar progression in the ALS Functional Rating Scale (ALSFRS-R). However, upon the administration of the vitamin D supplements that began to change. 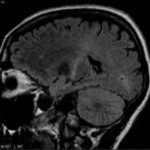 At the three, six and nine month reexamination intervals, the group being administered the supplements showed slower rate of decline than the test group, which was being given no supplementation.

This suggests a possible relationship between down-the-road ALS treatment regimens and a possible role for vitamin D supplementation therein.

With the seemingly endless list of diseases and conditions which can be prevented or the symptoms of which lessened with regular sun exposure and/or vitamin D supplementation, it wouldn’t come as a major surprise if ALS is just the latest debilitating condition the name of which can be added to the aforementioned list. Or so we hope…